June 19 marked two years since the tragic death of Regan Russell, a compassionate animal advocate who was killed outside of the notorious Fearmans Pork slaughterhouse in Burlington, Ontario.

This month, Regan’s husband, Mark Powell, filed a $5 million lawsuit over her death. Named in the suit are Andrew Blake, the truck driver who ran her over, Brussels Transport, the trucking company, and Sofina Foods, the meat company that owns Fearmans slaughterhouse.

The lawsuit alleges that negligence on their parts led to the death of Regan, including that the driver failed to keep a proper lookout and made an unsafe and improper turn, that Brussels Transport failed to take steps to ensure the driver was competent, and that Sofina Foods failed to provide safety for pedestrians around Fearmans.

The family is seeking accountability in civil court after the driver and companies involved have all avoided criminal prosecution in connection with the animal advocate’s death. The truck driver is facing a provincial driving offence charge, but two years after her killing, a trial date has yet to be set.

Throughout the years of attention, a pattern of illegal misconduct has been well-documented at Fearmans—including pigs suffering, dead, and dying inside slaughter trucks, dangerous acts by transport truck drivers, and even a truck rollover outside the slaughterhouse with many pigs injured and dead. Despite these clear violations of the Criminal Code, provincial animal protection laws, and federal transport laws, the drivers and companies surrounding Fearmans haven’t yet faced any criminal prosecution.

This is in stark contrast to animal advocates, who regularly face trumped-up criminal charges, such as Animal Save Movement’s Anita Krajnc, who was acquitted of criminal mischief after a much-publicized trial for giving water to thirsty pigs trapped inside a truck outside the slaughterhouse on a sweltering hot day.

Regan’s family continues to honour her memory, and we hope they find the justice that they deserve.

Speak Out Against Ag Gag

Regan was an Animal Justice supporter, and just three weeks before her death, she joined us in writing to the Ontario Premier to express her deep concern regarding Ontario ag gag legislation designed to cover up animal cruelty on farms and during transport. Animal Justice is currently challenging Ontario’s ag gag law in court, claiming that it unconstitutionally restricts freedom of expression by making it illegal for an undercover whistleblower to get a job at a farm or slaughterhouse. Regan’s family has launched the Regan Russell Foundation, and will seek permission to intervene in Animal Justice’s challenge of Ontario’s ag gag laws.

A dangerous new federal ag gag bill was introduced last month that threatens to jail animal protection advocates who expose animal suffering on farms, and hit them with fines of up to half a million dollars.

Animal Justice continues to oppose ag gag legislation. Please join us by telling federal members of parliament to again vote NO on Bill C-275, and to instead create binding farmed animal welfare laws and public inspections. 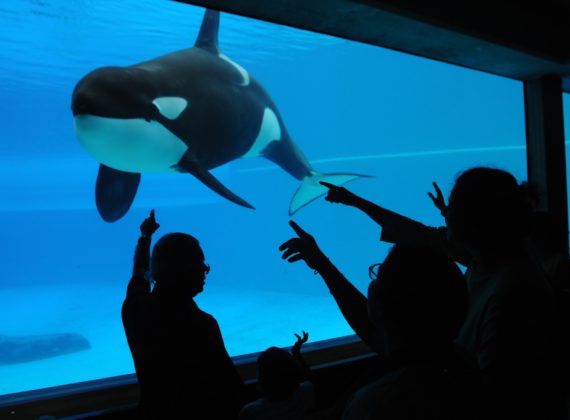