Lizards are not props for Instagram pics. Snakes don’t want to be handed around at corporate events. Crocodiles get stressed when visitors bang on the glass of their tiny enclosures. And tortoises don’t want to be prodded by children on school outings.

Animals used in mobile live shows and held in small private zoos, like those found in city malls across Canada, face a bleak existence every day. In nature, they may roam for miles, climb trees, swim, explore and play. But in zoos, they are confined to small artificial enclosures with a lack of positive stimulation. A lifetime of captivity is no life at all for wild animals.

Most provinces, including Ontario, have no laws protecting exotic animals like reptiles from being held in captivity, and municipal governments often have no exotic animal laws at all. When they do, they’re often not equipped to shoulder the burden of providing oversight, addressing emergency situations, and dealing with exotic animal complaints and issues.

What can children learn from caged, lonely animals held in sad facilities that look nothing like their natural environment? The most prominent observable behaviour is likely watching animals strive to free themselves from their aquarium tanks. Zoos are profit-driven businesses that put entertainment above animal welfare and education. Gawking at animals in captivity doesn’t help children learn about nature, plus, research has shown that the majority of children who visit zoos demonstrate no positive learning outcomes. Watching a nature documentary is a far better way to see animals in their natural habitats, engaged in behaviours that come naturally to them.

There are significant animal welfare concerns associated with keeping, transporting, and exhibiting reptiles and other exotic animals to the public. They have unique social, environmental, psychological, and physical needs which cannot be met in captivity and during public exhibitions. Animal welfare groups and independent experts have repeatedly emphasized this concern – noting that issues relating to minimal space, appropriate thermal environments, and a lack of privacy and shelter can all lead to abnormal and stress-related behaviours. Simply put, wild animals like reptiles suffer when they’re kept in captivity.

Reptiles are a notorious source of salmonella and are being increasingly causally-tied to a number of other infections. According to Dr. Clifford Warwick, a biologist and medical scientist, “at least 40 pathogenic human infections are known to be associated with reptiles, and at least 70 are associated with exotic pets generally. Indeed, reptiles are known as ‘Trojan horse’ animals, because they are often invited into homes and schools on the basis of being presumed benign whereas, in fact, they may harbour a significant raft of pathogens, regardless of whether they are wild-caught or captive-bred”. Given the enhanced awareness and concern about disease transmission in light of COVID-19, the recent spread of bird flu across Canada, and the emergence of various other epidemics of animal origin, live animal activities that create elevated disease risk to individuals should not be encouraged.

Many exotic animals kept, exhibited, and transported for shows by private zoos are capable of significantly injuring the public due to their physical characteristics. Physical injuries caused by these animals can range from minor bites and scratches to deep wounds, crushing injuries (including broken bones), potentially lethal venomous injuries, and other major traumas—such as an alligator bite suffered by a toddler in Montreal. Zoo staff, emergency first responders, and the general public may all be exposed to these increased risks of serious injury with these zoos in our cities.

Increasing the number of exotic animals comes with an increased risk of animal escapes or owners abandoning animals into the wild when they are no longer wanted. This can have serious negative impacts on native wildlife species who may be outcompeted by foreign animals, may catch diseases from these animals, or whose habitat may be altered or damaged by these animals.

Canada has some of the worst animal protection laws in the western world. In Canada, there are no federal laws to protect animals in zoos or to restrict the ownership of exotic animals. Because of these legal gaps, Canada is a major driver of the exotic pet trade, and roadside zoos have proliferated from coast to coast. Canada is a patchwork of exotic animal welfare legislation, which differs from province to province, and often from municipality to municipality. Ontario, the largest province, doesn’t have any exotic animals ownership laws and has become the roadside zoo capital of Canada.

How to Help Animals

Public attitudes and perceptions are changing as we continue to learn about the complex needs of exotic animals and the risks associated with keeping them in captivity and exhibiting them for profit. A recent poll, conducted by Research Co., shows that 53% of Canadians now oppose zoos and aquariums. As more people withhold their money from zoos, fewer animals will be bred to spend a lifetime in captivity.

Please don’t support zoos, and speak out if one plans to open in your town. If you spot influencers posing with animals on social media and promoting these facilities, take a moment to politely educate them on how animals suffer in captivity. And explain to teachers and youth leaders how zoos aren’t good resources for teaching children about animals in their natural habitats.

But hope is on the horizon: Bill S-241, also known as The Jane Goodall Act, is currently in the Senate. If passed, the Bill would protect over 800 animal species from the cruelty of captivity, and would be a huge blow to private zoos and traveling exotic animal exhibits. Please show your support today for this groundbreaking legislation to help ensure a more compassionate future for exotic animals in Canada. 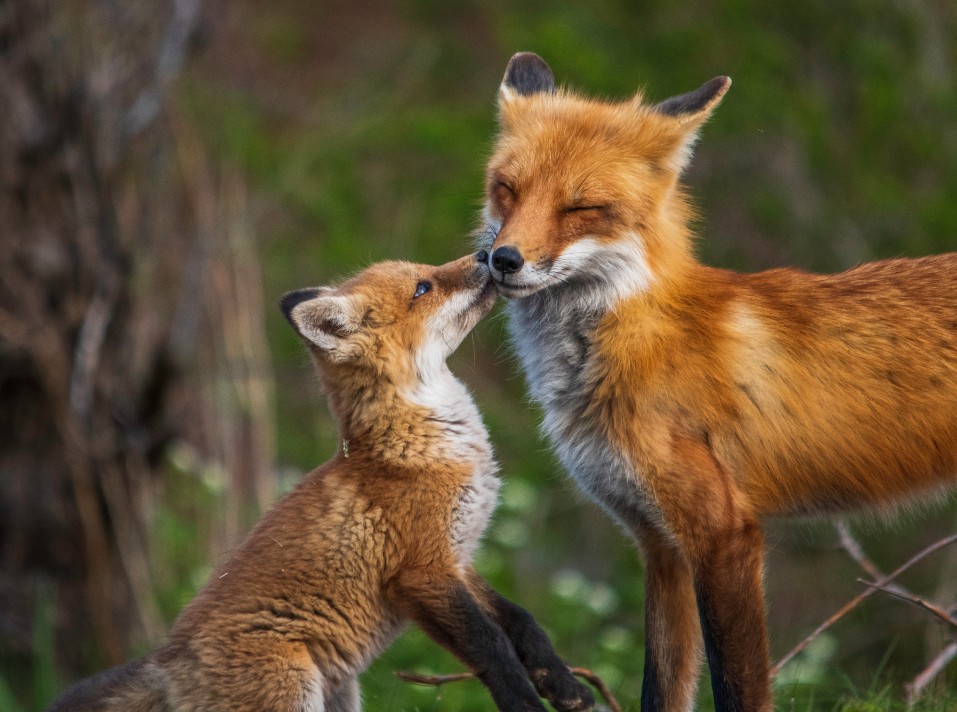 Canadians Care About Animals – Our Laws Should Catch Up