Poisoning Ground Squirrels With Strychnine Should Be Outlawed Immediately

Strychnine is one of several poisons legally used in Canada to kill so-called “pests”, including wolves, coyotes, skunks, and Richardson’s ground squirrels. Of course, most people don’t think of these animals as pests. However, under Canada’s Pest Control Products Act, a “pest” can be any animal deemed troublesome by humans.

Strychnine is a deadly neurotoxin that causes some of the most painful symptoms of any known toxic substance. Because it is a gruesome and effective method of death, pop culture references to strychnine abound. Game of Thrones fans may be interested to know that strychnine has been identified as the likely cause of King Joffrey’s dramatic wedding day death. Strychnine also featured regularly in Agatha Christie’s murder mysteries.

When ingested, strychnine causes prolonged, agonizing muscular convulsions and contractions. An animal will experience painful symptoms for between one and 24 or more hours, with seizures increasing in severity and length, and breathing becoming impaired due to spasms of the diaphragm and respiratory muscles. Death eventually occurs from exhaustion or suffocation during seizures.

These non-target animals die over a number of hours and, because they can travel great distances in this time, it’s impossible to understand the full scale of damage.

The second reason Health Canada is cancelling the registration of these products is that bait placed in burrows can be ejected, leaving strychnine-treated grains on the soil surface. Deer, mice, songbirds, and other animals can suffer and die after eating the bait, with their bodies then becoming poisonous themselves, and causing other non-target animals to suffer secondary poisoning.

Companion dogs are regularly killed by strychnine intended to kill wildlife. The recent and highly publicized deaths of Roo, Ruby, and Dulce paint a tragic picture of families left helpless as their family dogs suffer agonizing deaths. Media reports suggest that at one Saskatchewan veterinary clinic alone, there are 6-7 cases of dogs suffering strychnine poisoning each year.

Strychnine products should be banned immediately

Animal Justice, Wolf Awareness, Coyote Watch Canada, Cochrane Ecological Institute, Humane Society International Canada, and International Fund for Animal Welfare Canada applaud Canada’s move to cancel the registration of these harmful products. Alarmingly, the ban won’t be immediate—the poison will be phased out over three years, dooming thousands of animals to die excruciating deaths in the coming years, and enabling farmers and others who use these products to potentially stockpile them before their use is finally banned in March of 2023.

That’s why we’ve teamed up with these organizations to file a notice of objection with the Minister of Health, asking that she cancel the registration of these products immediately. The PMRA’s own policy requires that cancellation decisions be given immediate effect where the risks are imminent and serious. There is no doubt that vast numbers of non-target animals will die if strychnine continues to be used to kill Richardson’s ground squirrels over the next three years. Among the dead will be songbirds, hawks, coyotes, wolves, foxes, and some endangered species.

Alarmingly, strychnine is only one of three poisons used to kill wildlife in Canada. Fifty leading experts recently signed an open letter asking that the Minister of Health ban these cruel and inhumane products. Although the Agency’s decision to cancel the registration of products containing strychnine used to kill Richardson’s ground squirrels is a welcome one, it still leaves Compound 1080 and sodium cyanide on the Canadian market. And it does nothing to stop the continued use of strychnine to kill other animals, such as wolves in Alberta.

We believe filing our notice of objection calling on Health Canada to give immediate effect to its cancellation of strychnine products used to kill Richardson’s ground squirrels is necessary to protect Canadian wildlife. But more needs to be done. Animal Justice will continue fighting to ban the use of these cruel and unnecessary poisons in Canada. Scientists, veterinarians, and compassionate Canadians across the country agree: Canada is long overdue to ban the cruel use of strychnine and other poisons to kill wildlife. 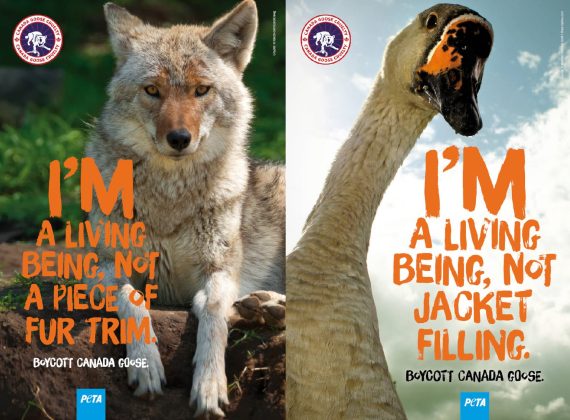