Court Rules Happy the Elephant is Not a Person, But Dissenting Judges Would Free Her from Bronx Zoo

Her name is Happy. She is a female Asian elephant, who was reportedly captured as a young calf in the early 1970s, and sold to a zoo in the United States for $800. She is now kept in the Bronx Zoo, where she spends most of her time indoors, alone.

In an effort to end Happy’s solitary confinement, last month the Nonhuman Rights Project (NhRP) argued in the New York Court of Appeals that Happy was entitled to legal personhood. They argued that she should be released from her imprisonment at the Bronx Zoo, and granted liberty by being moved to a sanctuary where she can enjoy more freedom, and be with other elephants if she chose to be.

This case makes the New York Court of Appeals the highest court in an English-speaking jurisdiction to hear arguments that an animal is entitled to personhood. NhRP lawyers relied on the common law writ of habeas corpus, which allows people to be released from unlawful confinement. Habeas corpus rights are part of the legal tradition also inherited by Canada.

The question that the judges were asked to consider was whether an elephant could be entitled to legal personhood, so that habeas corpus could be argued.

Personhood is a type of legal status by which an entity or being is recognized as being capable of having legal rights, such as the right to bodily liberty. NhRP believes that a large body of science shows that elephants (and chimpanzees) are cognitively complex, autonomous beings and are entitled to have rights. Currently, animals are considered property and have no enforceable legal rights of their own.

Unfortunately, the Court of Appeals ruled in a 5-2 decision that Happy was not a legal person and would not be liberated. The majority felt that only human beings could be considered legal persons for the purpose of habeas corpus, and that elephants are not entitled to the same liberty rights as humans.

Two judges dissented, agreeing that animals are capable of being considered persons under the law. Judges Rivera and Wilson wrote long, compelling dissents where they agreed that elephants should have legal rights. Judge Wilson said that the court should grant habeas corpus for Happy “not just because she is a wild animal who is not meant to be caged and displayed, but because the rights we confer on others define who we are as a society.”

Judge Rivera said that Happy’s “captivity is inherently unjust and inhumane. It is an affront to a civilized society, and every day she remains a captive—a spectacle for humans—we, too, are diminished.“

Elephants Are Suffering in Canadian Zoos Too

Polls show that the majority of Canadians are opposed to keeping animals captive in zoos and aquariums. Inadequate space, unsuitably cold climates, and insufficient social groups are just a few of the reasons why elephants don’t belong in Canada. Yet there are over 20 elephants in the country, including at African Lion Safari in Ontario where they are forced to perform for spectators, resulting in an attack in 2019. At the Edmonton Zoo, an elephant named Lucy has been kept in solitary confinement for over a decade.

In Canada, animals have not yet been found to have standing themselves to participate in court proceedings, but an exciting new senate bill could grant limited legal standing to an animal so that their best interests can be taken into account by a court. Bill S-241, also known as the Jane Goodall Act, is aimed at completely phasing out elephant captivity, and contains unprecedented new legal protections that drastically limit the captivity of many other species. Add your support for the bill and help elephants get the protections they desperately need. 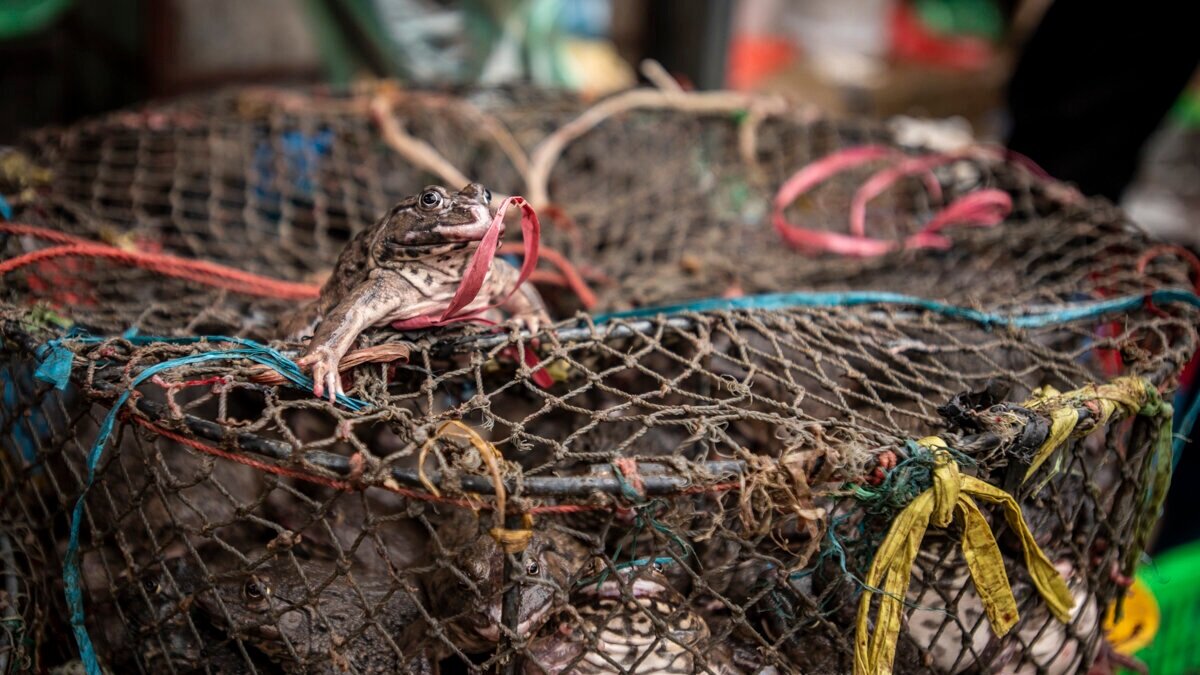