Industrial fur farming is legal in Canada, despite horrific conditions for animals, serious environmental impact, and risks to public health. In 2018, almost two million minks and foxes were killed for their fur on Canadian fur farms1. Fur farming is declining due to a drop in pelt prices and in demand, as wearing fur becomes less socially acceptable due to concerns over animal cruelty.

Fur farms also pose a huge risk to public health, with COVID-19 outbreaks occurring on at least three Canadian mink farms. Experts have warned that mink farm outbreaks could cause the virus to mutate, becoming more infectious, more deadly, and resistant to vaccines.

Despite disappearing markets and souring public opinion, Canadian fur farms are kept afloat by substantial government subsidies. They also benefit from woefully lax regulations2. In most provinces, there are no mandatory animal welfare standards for animals raised and killed on fur farms. Even where standards do exist, they are weak, poorly-enforced, and still condemn animals to suffer.

Animal suffering on fur farms has been well-documented in Canada3. Animals bred for fur are crammed into small, barren wire cages with no stimulation. They are often kept outside, fully exposed to extreme hot and cold weather. Minks are semi-aquatic animals, meaning that they have a biological need to swim in appropriate water. Yet minks never get an opportunity to swim on commercial fur farms. Foxes are highly motivated to burrow and are naturally fearful of humans. But on fur farms, they are almost never provided with an enclosed shelter. Both minks and foxes are wild animals and have never been domesticated. These animals are intelligent, sentient creatures who naturally have large territories and complex lives. They belong in the wild—not in tiny cages.

In 2014, a joint investigation by the Montreal SPCA and the Association for the Protection of Fur-Bearing Animals documented shocking conditions on fur farms across Canada. Animals were living in filthy conditions in tiny cages. Injuries were commonplace, including cannibalisation, and infections. Dead animals were left rotting in cages with other live animals.

In 2017, a Quebec fur farmer pleaded guilty to animal cruelty charges under provincial laws after inspections led by the Montreal SPCA revealed appalling conditions on his farm. This case marked the first time a Canadian fur farmer had been charged with animal cruelty4. While fur-bearing animals are covered under criminal animal cruelty laws, law enforcement is often unwilling to lay criminal charges against industries—even in cases of extreme suffering.

In 2018, secretly-recorded footage from a whistleblower at Millbank Fur Farm near Guelph, Ontario revealed shocking suffering of minks. Animals were confined in tiny cages, suffering from untreated and festering wounds. The minks regularly exhibited repetitive behaviours associated with poor psychological health, such as pacing back and forth, and rapidly circling their cages. The farm was prosecuted, convicted, and fined for violating provincial animal welfare laws.

Other countries have already taken action to outlaw the barbaric practice of industrial fur farming5. Bans are in place in Austria, Bosnia & Herzegovina, Belgium, Croatia, Czechia, Luxembourg, the Netherlands, Northern Ireland, Republic of Macedonia, Serbia, Slovenia, and the United Kingdom. Denmark recently put a moratorium on mink farming until 2022 in response to COVID-19 viral mutations on mink farms. Many American cities and states are banning the sale and production of fur. Meanwhile, major fashion houses and retailers are ditching fur over animal cruelty concerns.

The fur industry has attempted to re-brand by claiming that fur is a natural, environmentally-friendly “resource,” but this flagrant greenwashing is easily debunked. Fur farming is incredibly inefficient and requires large amounts of land, feed, water, and toxic chemicals for tanning. Fur farms often dump waste water, manure, and animal carcases, contaminating the local environment6. Due to a large number of fur farms, communities and watersheds in Nova Scotia have been hit particularly hard, as shown in the 2019 short film from We Animals Media, The Farm in My Backyard.

It shouldn’t be legal to confine wild animals in small enclosures, prevent them from expressing most of their natural behaviours, and then slaughter them at a young age—all for an unnecessary luxury product7. In addition to causing rampant animal suffering, fur farms are wreaking havoc on Canada’s iconic watersheds and harming rural communities. Animal Justice is advocating for Canada to join other countries that have moved past this practice, and ban all fur farming immediately. 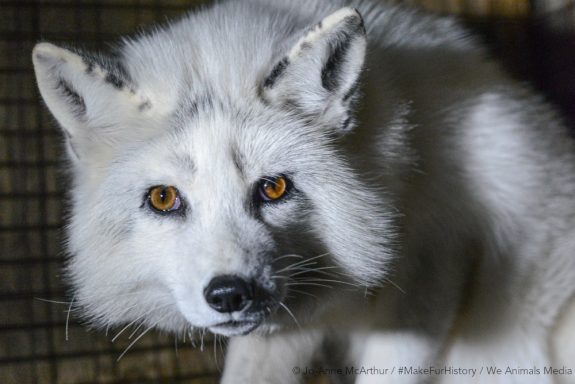 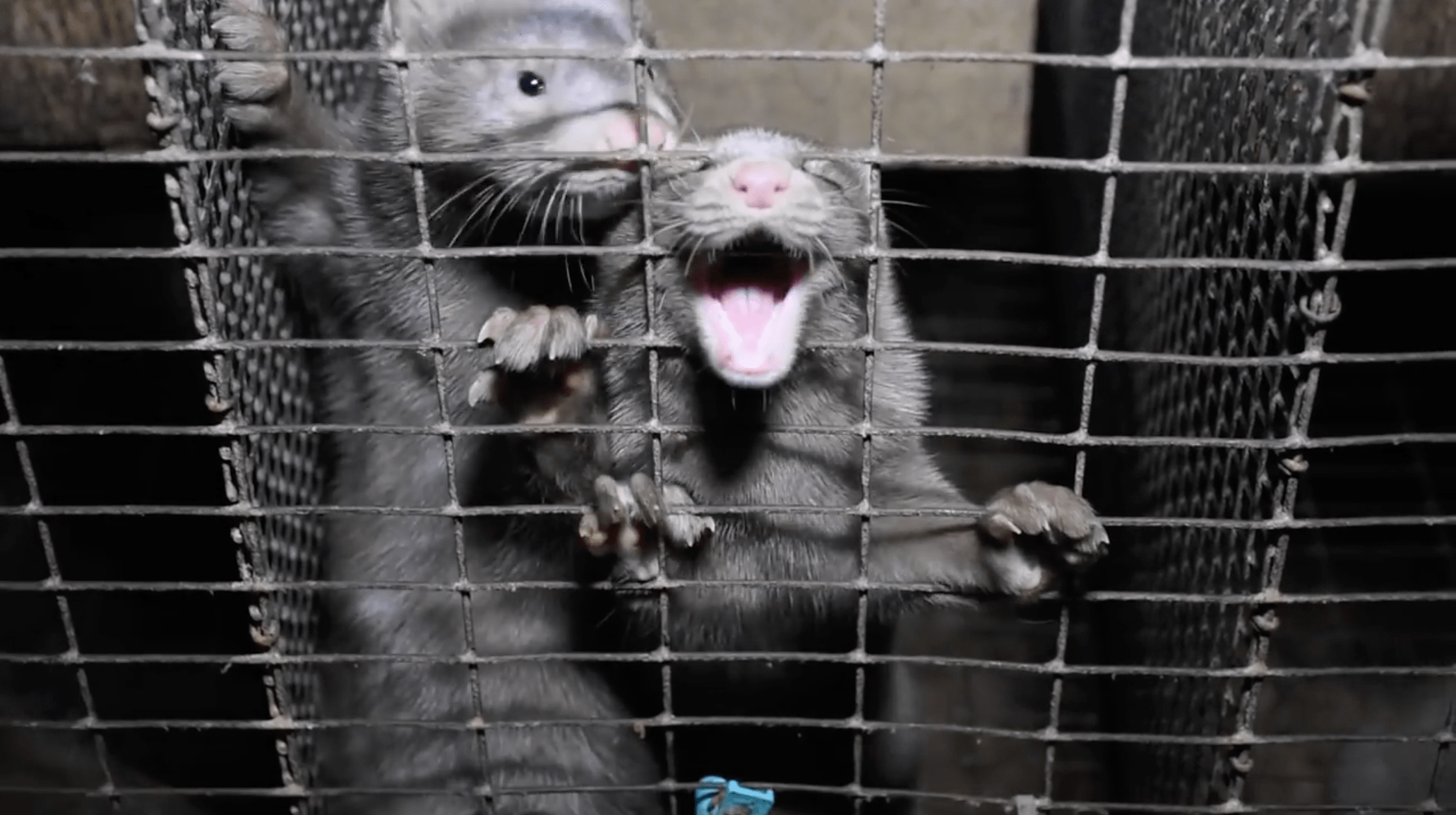 Not Guilty! Animal Advocate Acquitted of Criminal Charge for Filming Inside Fur Farms 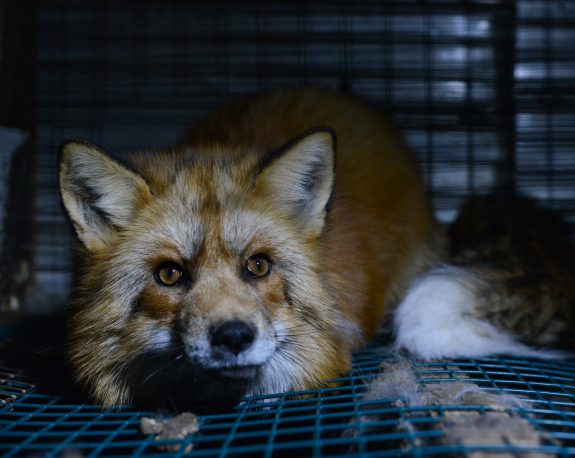