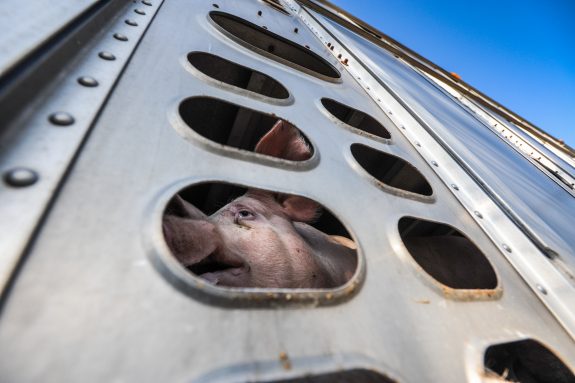 For most of their lives, farmed animals have no federal protections and are exempt from almost all provincial animal protection laws. The only federal laws and regulations applied to farmed animals cover transport and slaughter and are notoriously weak.

Canada’s animal transport regulations permit transporting farmed animals for up to 36 hours without food, water, or rest (and 72 hours for newly-hatched chicks). Transporters are not required to provide any protection from the elements, meaning that animals can be transported in open-sided trucks even through Canada’s harsh winter conditions or in summer heatwaves. The Canadian Food Inspection Agency (CFIA) tends to use an outcome-based model for regulations, rather than a prescriptive model, e.g. requiring that animals not “be exposed to adverse weather conditions”1, rather than specifically requiring that they not be transported in open trucks if the temperature is below a defined threshold. This ambiguity hurts animals. Not only does it increase their risk of injury or death depending on different individuals’ interpretation of “adverse weather” (for example), it also discounts the suffering animals endure during a journey, even if they subsequently arrive at a slaughterhouse without noticeable injury or illness. In the European Union, regulations provide clear guidance, stating that animals should not be transported in open vehicles in temperatures outside of 5°C–30°C2.

Animal protection advocates in Canada, including Animal Justice, have worked to improve farmed animal transport regulations for decades. In 2019, the CFIA finally updated their federal animal transport regulations, but the new standards failed to meet even the most fundamental requirements that have long been law in other jurisdictions and which are widely supported by science3. Animal Justice learned through an Access to Information request that the CFIA had amended an original draft of the new regulations due to industry pressure4. The new regulations are a missed opportunity to bring Canada in line with other developed countries5. They highlight the egregious level of influence animal use industries over the government department tasked with protecting animals in transport. The CFIA is failing farmed animals; according to its own numbers, over 1.5 million animals are either injured or killed in transport each year6. 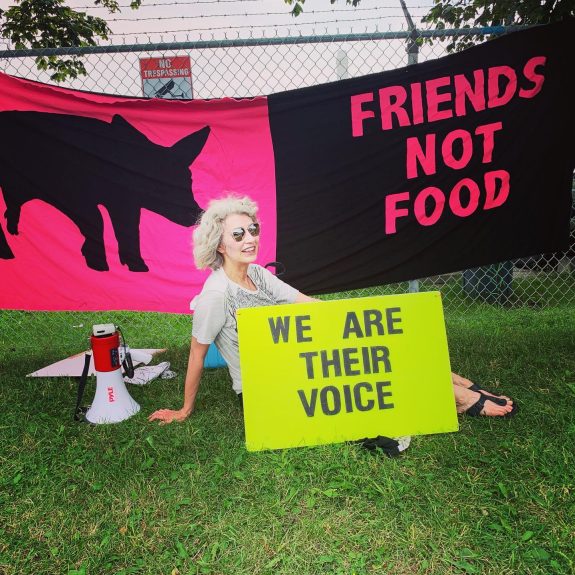