The federal government is gearing up to hold hearings to determine whether to establish a Canadian Pork Promotion and Research Agency.

The Agency would be funded by levies on Canadian and imported pork. Each pig would be taxed $0.75, generating a total of about $17.685 million. Although these levies are initially paid by producers, the costs are passed onto consumers, who have no say over whether to fund the Agency.

The proposal to establish the Agency was submitted by the Canadian Pork Council. It explains that funding will be used to advertise and promote pork, including developing recipes and educating consumers about how to prepare pork.

Recently, the World Health Organization has made international news for saying that there is now sufficient evidence to state definitively that processed meats, including bacon and other pork products, cause cancer. At a time when the link between eating meat and cancer is being firmly established, why is the government getting involved in encouraging increased meat consumption?

Similar government agencies have been problematic in the U.S. Recently, the CEO of the American Egg Board was forced to resign after it was revealed that the government agency had attempted to thwart a wildly successful vegan egg start-up company. The scandal has led to an investigation, which is currently underway.

To sum up, the federal government is gearing up to pass meat taxes onto unwitting consumers and promote a product that is known to cause cancer. If this troubles you, please contact your federal MP and say that you’re opposed to a Canadian Pork Promotion and Research Agency, or any other agency that intervenes in the free market to encourage people to eat more cancer-causing meat. 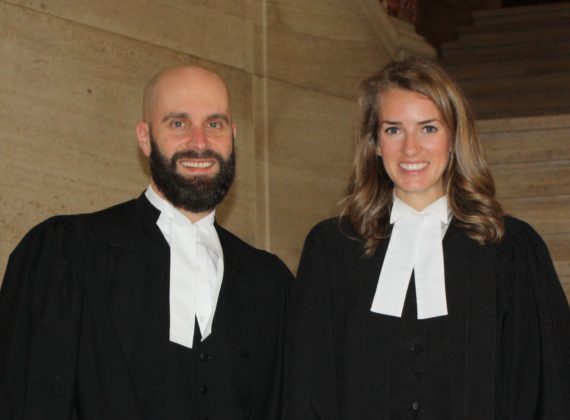 The day we made Supreme Court history: A recap