Increasingly, the Canadian public is concerned with not only where our food is coming from, but also how animals of all kinds are being treated. Once at best an afterthought, animals farmed for food in Canada—most of whom are raised in intensive confinement systems—are now squarely on the radar of average citizens, who have questions about the animal welfare, environmental, labour, and health issues associated with so much cheap meat.

Responsibility for farmed animal welfare law in Canada is shared by the provincial and federal levels of government, as well as the agricultural industry itself and other stakeholders.

The provinces are currently considered to be responsible for monitoring animal welfare conditions on farms, although as we will discuss, there is much room for improvement. The federal government monitors farmed animals in transport and at slaughter.

Standards for the care and handling of farmed animals can be found in codes of practice that are created predominantly by animal agriculturalists, but also by animal welfarists and retailers, with support from both levels of government. Although these codes of practice are ostensibly voluntary, as we will see, it is not that simple. Not only are the codes of practice explicitly referred to in the animal welfare legislation of five provinces, they are arguably the best available resource for determining “generally accepted practices” – an important term that is referred to in the animal welfare statutes of all ten provinces plus the Yukon.

In addition to discussing the above, this paper also sketches out some recommendations for improving Canada’s current farmed animal welfare system.

With the exception of animal protection provisions in the Criminal Code, federal law only becomes concerned with farmed animals when they are loaded onto transport trucks and at slaughter plants. Virtually all other aspects of farmed animal care—particularly on-farm conditions—are currently governed by the provinces.

The remainder, and bulk, of farmed animals’ lives are regulated by the provinces. In all ten provinces plus the Yukon, this responsibility is largely fulfilled by provincial animal welfare statutes of general application, such as the Ontario Society for the Prevention of Cruelty to Animals Act, and their regulations, although these are not the only provincial statutes that apply to farmed animals.[1]

The provincial animal welfare laws have broad application, applying to animals from marine mammals in captivity to domestic house-pets to farmed animals. There are very few species- or sector-specific standards. Commonly, there is a general prohibition on causing or permitting distress, as well as requirements that all animals have reasonable food, water, medical attention, and shelter. However, these requirements lack sufficient detail to guide behaviour, and their vagueness inhibits prosecution.

The laws are enforced in response to complaints from the public. This complaints-based system relies not only on good Samaritans reporting animal abuse, but also requires animal abuse to be visible to the public—a rarity on modern industrial farms, which are typically on private property in remote areas and in windowless buildings.

The National Farm Animal Care Council (NFACC) calls itself the “national lead for codes of practice development and farm animal care in Canada.”[2] Its governmental partners include Agriculture and Agri-Food Canada, the Canadian Food Inspection Agency, and provincial ministries of agriculture, from which it receives significant funding.

In 2005, NFACC replaced the Canadian Agri-Food Research Council in co-ordinating the development of guidelines for the care and handling of farmed animals, known as “codes of practice.”

The codes of practice are increasingly robust documents that set out standards that are expected to be followed by animal agricultural producers. They are the result of a consensus- and science-based process that includes industry commodity groups (e.g. the Canadian Pork Council), SPCAs, and government ministries.

Correspondence from agriculture ministers confirms that the codes of practice are viewed as an integral component of the regulatory framework.

For example, in email correspondence to a constituent in 2014, federal minister of agriculture Gerry Ritz stated:

The Government of Canada’s approach to addressing animal care and welfare at the farm level includes working closely with a network of industry stakeholders, particularly through the National Farm Animal Care Council (NFACC).Funding assistance has been made available to NFACC to update the Codes of Practice for the care and handling of farm animals, taking into account the latest science and information on animal care and welfare. The Codes represent Canada’s national understanding of animal care requirements and recommended practices.

Similarly, in 2014, in response to criticism that the provincial government was not doing enough to protect farmed animals in the province, Ontario’s agriculture minister Jeff Leal countered:

Ministry staff are actively involved in the development of science-based codes of practice and corresponding on-farm animal welfare assessment programs with our partners at the National Farm Animal Care Council.

Clearly, according to government itself, the NFACC codes of practice are an important policy tool in the regulation of the care of farmed animals in Canada.

Codes of Practice in Law

Section 4 of Newfoundland and Labrador’s Animal Protection Standards Regulations adopts NFACC’s codes of practice, except for the provisions respecting transportation and all appendices unless otherwise specified. Certain appendices setting out euthanasia guidelines are specifically included. The regulations provide that farm owners and operators must comply with the requirements in the adopted codes of practice. As such, the codes of practice establish standards that must be complied with.

Section 4 of Prince Edward Island’s Animal Protection Regulations provides that the standards of care in the recommended codes of practice relating to chickens, pigs, veal calves, and dairy cattle must be adhered to. Similar to the scheme in Newfoundland and Labrador, the codes of practice are incorporated as standards that must be followed.

On the other hand, section 3 of Saskatchewan’s Animal Protection Act provides that an animal is not considered to be in distress for the purpose of establishing an animal welfare offence if the animal is handled in a manner consistent with a standard or practice that is prescribed as acceptable. Section 18 allows the Lieutenant Governor in Council to make regulations prescribing such standards or practices. Under Part II of the Animal Protection Regulations, NFACC’s recommended codes of practice are deemed to establish the acceptable standards. In other words, the codes of practice create a defence for producers who have complied with their standards, but there is no positive obligation to follow them.

Similarly, section 2 of Manitoba’s Animal Care Regulation, enabled by The Animal Care Act, states that the recommended codes of practice as set out in the schedules are “incorporated into this regulation by reference”. Practices consistent with the codes of practice are specified as acceptable for the purposes of determining whether an animal welfare violation has been committed under the Act. Thus, an animal welfare offence cannot be established if a producer has complied with the standards in the codes of practice.

Section 32 of New Brunswick’s Society for the Prevention of Cruelty to Animals Act allows the Lieutenant-Governor in Council to make regulations “respecting codes of practice applicable in respect of” a violation of the requirement to provide an animal with food, water, shelter, and care. Section 4 of Regulation 2000-4 states that a person cannot be convicted of an offence if their behaviour is consistent with an adopted code of practice; Schedule A adopts NFACC’s recommended codes of practice. Again, the legislative scheme excludes from prosecution behaviour that complies with the codes of practice, but does not establish offences based on non-compliance.

Moreover, the newer codes of practice distinguish between “required” standards and “recommended” standards. According to NFACC, “Requirements represent a consensus position that these measures, at minimum, are to be implemented by all persons responsible for farm animal care.”[11] There appears to be no credible grounds for arguing, then, that “required” standards do not, at the very least, articulate “generally accepted practices.”

NFACC states that “Recommended Practices are those which are generally expected to enhance animal welfare outcomes, but failure to implement them does not imply that acceptable standards of animal care are not met.”[12] Although less clear cut, there is still room to argue that some “recommended” practices may also constitute “generally accepted practices.” And in the four provinces that require a practice to also be “reasonable” before qualifying for the agricultural exemption, failure to comply with even “recommended” standards may be grounds for prosecution.

“Required” standards are fairly basic. For example, the code of practice relating to pigs requires that all pigs have access to a sufficient quantity of water that is not harmful to their health, a standard that provides for an essential, life-sustaining need. By contrast, it is “recommended” (but not “required”) that watering devices are designed, allocated, and positioned such that the needs of all pigs are met – a standard that many would surely consider to be an essential requirement, and a generally accepted practice.[13]

In sum, not only do the codes of practice represent the practices that are generally accepted by the agricultural community and other stakeholders, but they are reasonable standards that ensure a basic minimum of animal welfare and do not create onerous obligations on producers.

The following are recommendations for strengthening and harmonizing Canada’s farmed animal welfare laws:

More than 700 million animals are slaughtered for food each year in Canada, with the vast majority raised out of public view on private property in windowless sheds. The provinces are generally tasked with monitoring on-farm conditions to ensure animals are not suffering excessively. However, the law does not set out adequate, species-specific standards that would guide generalist law enforcement bodies and ensure consistency and predictability in its application.

This gap in the law is to some degree ameliorated by government-supported animal agricultural codes of practice, but there is significant room for improvement. The codes of practice lay out those practices that are generally accepted by the animal agricultural community, which are referred to—although not defined—in the animal welfare legislation of all ten provinces and the Yukon.

As the comments of Ministers Ritz and Leal reveal, the government itself already appears to view the codes of practice as performing an integral role in the protection of farmed animals. And in five provinces, these codes of practice are specifically referenced in the animal welfare legislation.

Undercover investigations conducted by Mercy For Animals Canada in the pork, poultry, egg and dairy industries have demonstrated that animals are suffering behind closed doors in a way that is not acceptable to the Canadian public. This paper has discussed concrete, achievable legal reforms that could help bring the treatment of Canadian farmed animals into conformance with Canadian values.

Anna is one of Canada’s foremost experts in farmed animal protection law, and recently presented her work on a panel on Farm Animals & the Law hosted by the Animal Law Section of the Ontario Bar Association.

[1] There is a patchwork of other provincial laws that have some application to farmed animals. For example, some slaughter plants are provincially regulated. Some provinces also regulate specific farmed animal uses, such as livestock auctions or hatcheries. 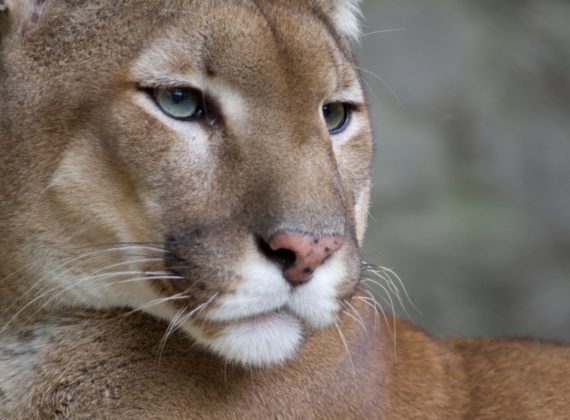 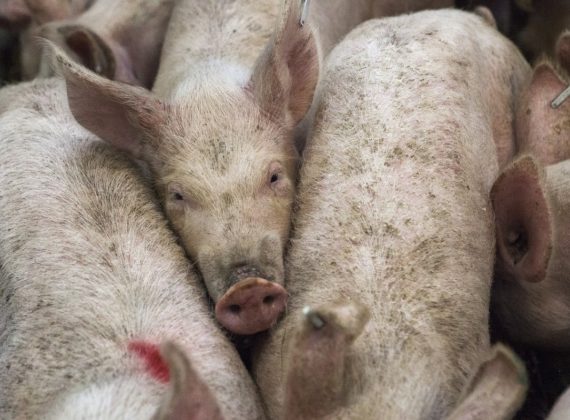