On Friday November 30th, Justice Spence of the Ontario Superior Court of Justice held that the City of Toronto By-law No 12347-2011 (the “By-law”), which banned the possession, consumption and sale of shark fin or shark fin food products within Toronto, was ultra vires and of no force and effect. [1]

The Court’s decision in Eng v Toronto could have serious implications on the jurisdiction of Toronto to enact similar by-laws in the future. Accordingly, the following will summarize the key findings of the case as well as provide an overview of why the decision is incorrect and ought to be appealed.

The By-law came into force on September 1, 2012 and was subsequently challenged by four individual applicants, organized and funded by pro-business front group, Fair and Responsible Governance Alliance (“FARGA”).

The issue before the Court was whether the impugned By-law is within the jurisdiction of Toronto, pursuant the City of Toronto Act (“CTA”). [2]

The Applicants seeking to strike down the Shark Fin By-law argued that the By-law is:

(1)  ultra vires because it lacks a proper municipal purpose;

(2)  unconstitutional because Ontario does not have the authority to authorize municipalities to pass by-laws protecting national resources, such as sharks, which fall outside the territory of the province; and,

(3)  discriminatory because it targets the Chinese community and harms Chinese business.

Authority under the City of Toronto Act

With no constitutional status of their own, municipalities like Toronto receive their by-law making authority from enabling legislation, such as the CTA. Under Part II of the CTA, Toronto is granted the powers of a natural person as well as broad by-law making authority regarding eleven specific subject matters. [3] In relation to the Shark Fin By-law, the relevant provisions of the CTA include the following:

8 (2) The City may pass by-laws respecting the following matters:
5.    Economic, social and environmental well-being of the City.
6.    Health, safety and well-being of persons.
…
8.    Protection of persons and property, including consumer protection.
9.    Animals.

(a)   to represent the public and to consider the well-being and interests of the City;
(b)  to develop and evaluate the policies and programs of the City;…

Both the courts and the CTA offer guidance on how powers granted to municipalities should be interpreted. [4] Specifically, the CTA states:

2 The purpose of this Act is to create a framework of broad powers for the City which balances the interests of the Province and the City and which recognizes that the City must be able to do the following things in order to provide good government:

6 (1) The powers of the City under this or any other Act shall be interpreted broadly so as to confer broad authority on the City to enable the City to govern its affairs as it considers appropriate and to enhance the City’s ability to respond to municipal issues.

10 (1) Without limiting the generality of section 6 and except as otherwise provided, a by-law under this Act may be general or specific in its application and may differentiate in any way and on any basis the City considers appropriate.

Despite the judicial and legislative endorsement of how municipal powers ought to be interpreted, Justice Spence appears to have applied a much stricter interpretation of municipal authority, concluding that the By-law was ultra vires the City of Toronto.

The Purpose of the By-law

In determining whether or not the By-law is within Toronto’s legislative authority, the Court undertook the task of determining the purpose of the By-law. Citing the Nova Scotia Court of Appeal in Halifax v Ed DeWolfe Trucking Ltd, Justice Spence notes:

To determine the purpose of a by-law, one considers express statements of purpose contained in it or in other sources; draws inferences about the purpose from the text; has regard to the overall scheme of which the provisions is part; looks at the evolution of the provision and the broader scheme, and assesses the external context in which it was enacted. …[5]

Furthermore, the Court notes that the By-law must have a “municipal purpose”. On this point Justice Spence states:

To determine whether or not the impugned By-law has a valid municipal purpose, the Court looked first to the Preamble of the By-law, which states that “the consumption of shark fin and shark fin products may have an adverse impact on the health, safety and well-being of persons and on the economic, social and environmental well-being of the City of Toronto”. In finding the Preamble unhelpful in determining the By-law’s purpose, the Court went on to examine materials in the legislative record. Drawing on a notice of Motion that was brought before City Council, Justice Spence identified three claims that the By-law intended to address:

It is within these claims that Spence J. precedes to analyze whether or not the By-law had a valid municipal purpose.

The Extinction of Sharks and Environmental Protection

Toronto argued that the environmental threat stemming from the practice of shark finning has an adverse impact on the economic, social and environmental well-being of the City. The City’s argument links the consumption of shark fin products in Toronto to the increasing human predation on sharks, resulting in the stark decline of global shark populations which negatively affects marine ecosystems. Specifically the City argued that, “Toronto, along with all other local markets which support the modern commodification of sharks by purchasing and consuming their fins, contributes the problem. Toronto can and must be part of the solution”. [8]

In determining whether the environmental purpose of the By-law is a valid purpose, Justice Spence notes the dispute on record about the “gravity and imminence of the alleged threat of extinction.” [9]

After reviewing both sides’ arguments, Spence J. concludes that the ban on shark fin products “will not by itself have any identifiable benefit for Toronto with respect to the environmental well-being of the City.” [10] Furthermore, Justice Spence continued to conclude that the global ecological threat, including the potential affect on the City, “does not make those ecological threats a municipal issue.” [11]

With respect, Justice Spence’s conclusion regarding the local and global environmental effects of the demand of shark fin products in an urban centre is short sighted. Such a narrow view of municipal authority over environmental protection is arguably not in accordance with the broad and purposive interpretive approach that is to be applied when interpreting municipal authority under the CTA. Specifically, the courts have recognized that it is the responsibility of every level of government to preserve the natural environment. [12] Furthermore, when enacting legislation concerning environmental protection, governments are authorized to rely on the Precautionary Principle, an international law principle incorporated into Canadian law, which states:

where there are threats of serious or irreversible environmental damage, lack of full scientific certainty shall not be used as a reason for postponing cost-effective measures to prevent environmental degradation. [13]

The Inherent Cruelty in Shark Finning

The second issue addressed by the Court was whether the cruelty inherent in shark finning bears on the social well-being of Toronto. The City argued that the “By-law gives voice and effect to social and environmental values of Toronto pertaining to the natural environment, including animals.” [14]

Justice Spence did not provide any reasoning to support this narrow interpretation of the “social well-being of the City.” The fact that section 8(2)(5) of the CTA has not benefited from reported judicial treatment, does not support such a narrow and dismissive interpretation of the law. Perhaps his conclusion on this provision was the product of an inadequate record before the Court, which if the decision is appealed, should be addressed by the City.

The third issue examined by the Court was whether the By-law was passed in respect of the health of the citizens of Toronto. In supporting this argument the City respondents relied on evidence showing the potentially hazardous amounts of mercury, arsenic, as well as other heavy metals in shark products. Justice Spence, however, held that there was no air of reality regarding the potential adverse health effect from shark fin consumption:

Contrary to Justice Spence’s conclusion, there was arguably ample evidence before the Court establishing an air of reality regarding the health concerns raised by the consumption of shark products.

courts must respect the responsibility of elected municipal bodies to serve the people who elected them and exercise caution to avoid substituting their views of what is best for the citizens for those of municipal councils. Barring clear demonstration that a municipal decision was beyond its powers, courts should not so hold. [17]

Despite the fact that this statement was made in dissent, it was subsequently adopted by the majority of the Supreme Court of Canada in Nanaimo (City) v Rascal Trucking Ltd as well as in Spray-Tech. [18]

In Relation to Animals

Although mentioned in the Preamble, Justice Spence was unclear on the extent to which the City relied on its authority over animals, pursuant to CTA section 8(2)(9), in enacting the By-law. Categorizing the subject of the impugned By-law as a prohibited substance, namely “shark fin products and shark fin food products”, Spence J. concluded that the subject matter of the By-law is not a ban with respect to animals.

The decision that a ban on shark fin and shark fin products has nothing to do with animals is arguably in error. In addition, such a narrow interpretation of animals and municipal jurisdiction with respect to animals is arguably not in accordance with the broader interpretive approach intended by the legislature.

In obiter, Justice Spence states that the By-law is highly intrusive, as it bans foods that are otherwise legal, from being consumed in the privacy of one’s home. He also states that the ban would have a detrimental effect on business activities in the Chinese community, as well as on traditional practices of members of the Chinese community. [19] Although these comments have no impact on the legality of the impugned By-law, they do highlight some additional concerns Justice Spence may have had with a broader interpretation of Municipal powers in relation to the By-law.

The loss of a by-law, however, is only one concern resulting from this decision. Perhaps even more pressing is the Court’s narrow interpretation of municipal powers under the CTA and the implications this will have on Toronto’s jurisdiction to enact future by-laws. Short of passing a by-law on a matter which no authority has been delegated by the province, the policy decisions of municipal councillors should be respected by the courts, leaving council accountable to their constituents at the ballot box. 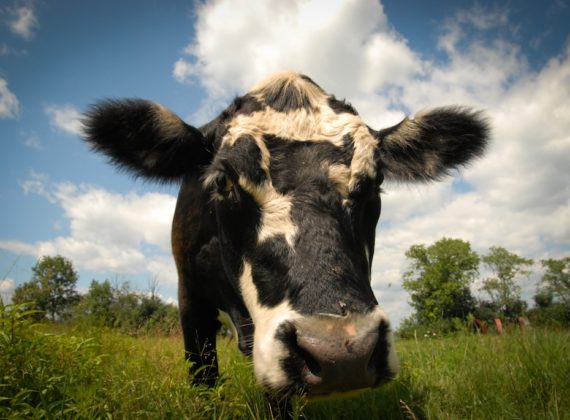 Cruelty to Animals – Criminal Code Amendments: Before and After Bill S-203 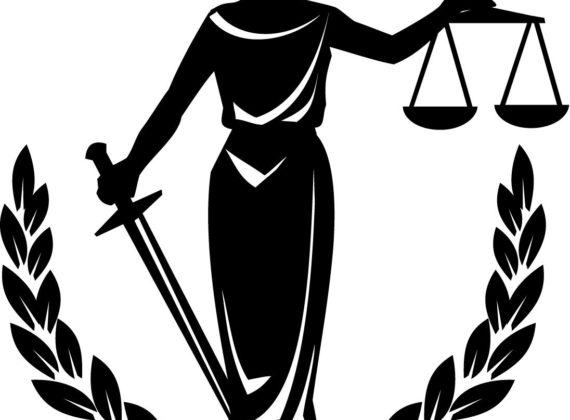