The Correctional Service of Canada (CSC) recently announced it was temporarily halting plans for a factory goat farm operation slated to open in spring 2021 at the Joyceville and Collins Bay federal prisons in Kingston, Ontario.

This pilot project faced immense opposition from animal advocates and groups including Evolve Our Prison Farms and members of the Animal Justice Academy. The goat factory dairy farm project is troubling for many reasons, including the suffering goats endure when kept for their milk, and the potential for psychological harm to incarcerated individuals conscripted into working on the factory farm.

The proposed operation would include over 2,000 goats in its first phase—making it the largest goat farm in the country—with CSC documents obtained through access-to-information requests revealing there would be enough equipment purchased for 3,000 goats, and that $10 million of its capital budget will be used to fund the industrial farm.

The goats were slated to be milked for dairy products, which would be exported to China and sold as infant formula. Legal experts believe that using the labour of prisoners for products sold in the private sector is a human rights violation under the International Labour Organization, and contrary to Canadian laws which prohibit the import of products obtained using prison labour.

A new, in-depth report, commissioned by Evolve Our Prison Farms and prepared by professors Dr. Amy Fitzgerald and Dr. Amanda Wilson, outlines why the proposed prison factory farm model would interfere with rehabilitation efforts for prisoners, who would be partaking in inherently cruel farming activities.

On dairy farms, mother goats are forcibly impregnated so they can produce milk, and then their babies are taken away so their fluids can be sold for profit. This causes immense levels of suffering to mothers and babies alike, and can cause trauma to workers. When factory farming is used for prisoner rehabilitation, experts believe this can cause more harm than good.

But prison farming doesn’t need to go completely—because there can be rehabilitation benefits from farming vegetables instead of animals, as is outlined in the Evolve Our Prison Farms report.

Prison animal farms aren’t a new concept in Canada. They’ve operated for more than a century, with roots in forced labour to provide food for penitentiaries and food banks. The farms were eventually established as a “rehabilitation” program, with an aim to give prisoners skills for future employment. But in 2010, the farms were shut down by the federal government after it was apparent that few former prisoners were obtaining future work in agriculture. The prison farm operations were also riddled with disturbing reports of animal abuse, including of a sexual nature.

In 2019, Kingston’s prison farms were unfortunately reinstated, including cows and eventually plans for goats to sell dairy products in the private sector.

While the temporary pause is good news, it is critical to keep up the pressure have the project cancelled completely. If a goat farm pilot project is deemed a success, the government could roll it out to prisons across the country. Please help keep up the pressure to stop this prison goat farming operation! Tell legislators you oppose prison factory farms and please sign the petition to stop the project. 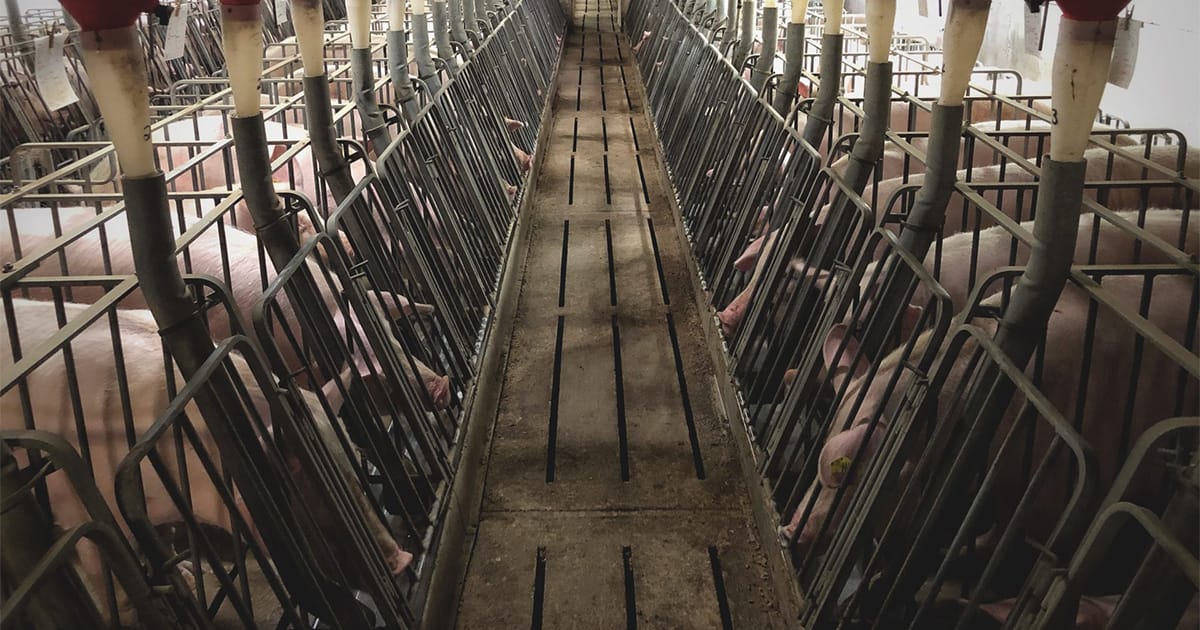