Gone are the days of Chicken Little and Foghorn Leghorn. Today the only association the Canadian public has with chickens is in the form that comes on a plate. As of the date of this article, nearly 200 million chickens have been slaughtered in Canada in 2013. According to Agriculture Canada approximately 25,000 broiler chickens (chickens raised for meat) are slaughtered and prepared for market each hour.

It isn’t enough that the lives of these furry birds have been shortened from their natural 15 years down to a mere 42 days, but in the short period of time the birds are alive they are exposed to unimaginable amounts of cruelty.

The Health of Animals Act[1] (the “Act”) governs the treatment of chickens, and other poultry, in Canada. The Act and its corresponding regulations, purport to protect chickens and other animals by limiting the amount of “undue suffering” they are subjected to, unfortunately, the term “undue suffering” is subject to a wide and subjective range of interpretations. In practice, on the rare instance that a person is found guilty of contravening the Act, the consequences for the breach are negligible.

Below I have provided only a cursory review of the problems facing chickens today:

Part of the problem stems from the fact that over time broiler chickens have been genetically selected such that today, they grow at almost twice the rate as was the case some 20 year ago.[2] Due to the unnatural growth rate and the routine use of growth promoting drugs, the chickens suffer from numerous physical ailments as their legs can barely sustain the weight of their bodies.

The weight of their bodies causes the birds to suffer severe skeletal problems and chronic joint pain. Chickens struggle to move and are frequently found crippled or lame. The pain the birds are suffering has been evidenced in several studies which have shown that lame birds who are given the option of eating feed treated with an analgesic or one without it, will chose the feed that has been treated. The studies go on the show that the amount of treated feed a bird would eat increased with the severity of its lameness.[3]

Chickens are kept in tiny cages that don’t allow them to engage in any of their natural behaviours such flapping their wings, nesting, dust bathing, perching or foraging.[4] By slaughter each bird has only a half-square foot of space, less than the size of a computer mouse pad.[5] In some cases the conditions are so crowded that birds are pushed over onto their backs and unable to right themselves resulting in starvation.[6]

These over-crowded conditions can cause the birds to become aggressive, and so, to prevent fighting between the birds, they are de-toed, dubbed  (the use of household scissors to remove of a male broiler-breeder’s comb) and debeaked.

Debeaking is performed with a hot blade which is used to sear off the birds beaks to prevent pecking. These practices cause the birds enormous suffering as their toes and beaks contain sensitive nerve endings.[7]

The transportation of chickens from the barn to the slaughterhouse is a traumatic experience filled with a number of stressors. Scientific literature provides lists of such “stressors” which include, handling by humans at loading and unloading, being held upside-down (and by one leg only) during loading; movement restriction in the transport cages, disruption of social structures, vibration, acceleration and motion during the journey, noise, wind, novelty, crowded conditions, temperature changes, food and water deprivation, dehydration, physical trauma and injuries.[8]

In particular, the climatic changes are very hard on the birds. Chickens cool themselves by panting, and on long hot trips, stuffed into cages; there is very little airflow to the birds. Those unfortunate enough to be in the middle will suffer from heat stress, while in the wintertime those on the edge are forced to endure the cold.[9] Sadly, federal laws currently allow the birds to be transported in this fashion for up to 36 hours without being fed or watered.[10]

The law provides that each animal should be able to stand in its natural position without its head coming into contact with a deck or roof;[11] however, there are no loading density regulations for poultry in Canada and the birds are grabbed in handfuls and stuffed into the tightly packed crates by “chicken catchers”.

The regulations of the Act go on to state that, no person shall beat or load an animal in a way that is likely to cause injury or undue suffering,[12] but unfortunately it is routinely the case that birds suffer broken legs or wings, dislocated hips, bruising and other injuries while being caught, and are forced to ride in this pain for hours or days.[13]

The Meat Inspection Act[14] (the “Meat Act”) governs the slaughter process in Canada. It provides that at slaughter the animals should not be handled in a way would cause them to endure “avoidable distress or avoidable pain.”[15] The Meat Act also states that prior to being “bled” the animals must be rendered unconscious in a way that ensures they do not regain consciousness.[16] Unfortunately, as with other laws designed to prevent “undue suffering”, the Meat Act is rarely properly enforced and chickens are routinely mistreated and conscious in the final stages of their life.

Prior to slaughter the fully conscious chickens are suspended by one leg on something similar to a clothesline. The birds are then individually dropped into an electrified stun bath designed to render them unconscious. Following the stunning, the birds’ throats are cut with an automated spinning blade. Sadly, for those birds that were not rendered unconscious in the bath, they are forced to attempt to dodge the blade, sometimes leaving them only partially cut, prior to being dunked into the scald tank, the final phase of the slaughter.

Slaughter line workers have coined the term, “red skins” for the birds unlucky enough to be alive for the scald tank. The term comes from the fact that live chickens who are dunked in the bath come out with a red discoloration on their skin, a discoloration that does not occur in birds who are already dead when they are dunked.[17]

Due to the lack of enforcement of the laws governing treatment, and the wide interpretation of “undue suffering”, chickens are at the mercy of those who make a living on their slaughter. No creature should be forced to live a life deprived of everything that is natural to them, forced to travel hours with cramped and broken bones, only to be hanged alive, electrified, and killed.

In addition to increasing awareness of this issue via word of mouth and social media there are a number of things you can do to make a difference for the chickens:[18]

[3] Canadians for the Ethical Treatment of Food Animals: Francois, T., “Broken Wings: The Breakdown of Animal Protection in the Transportation and Slaughter of Meat Poultry in Canada” (April, 2009), online < <http://www.humanefood.ca/pdf%20links/Broken%20Wings.pdf>

[4] Canadian Coalition for Farm Animals, “Battery Cages and the Welfare of Hens in Canada: A Summary of the Scientific Literature” (October 2005), online: < http://www.humanefood.ca/pdf%20links/BatteryReport.pdf>

[8] Wolfson, Y. (2012) “Reporting from the Field: The Israel Adoption of Transportation Regulations for Poultry” Journal of Animal & Natural Resource Law 8: 171-177. 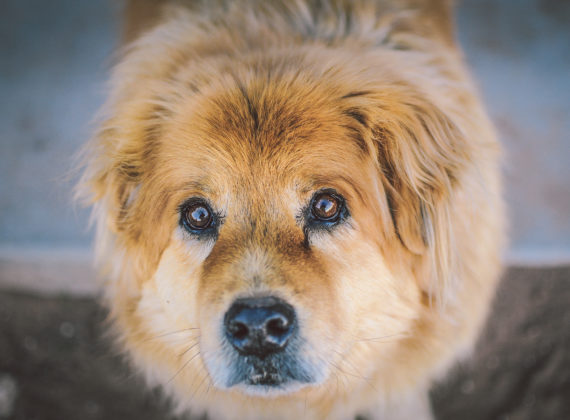 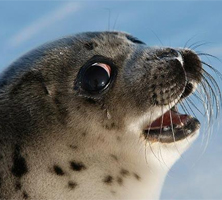