This article is written by Factory Farm Collective and originally posted on their website. Visit factoryfarmcollective.ca for more great content.

Earlier this year, the Guardian examined the global live export trade and found that, based on 2017 FAO data, Canada was the 3rd top exporter of farmed animals in the world. While campaigns to ban live exports exist in many countries, Canada quietly exports tens of millions of live animals unbeknownst to most of the Canadian public. Canada can claim yet another reprehensible title in its failure to protect the welfare of animals: global leader in live animal exports.

Like factory farms, transport trucks, and slaughterhouses, animal export in Canada is a disturbing reality that the livestock sector and other unscrupulous animal-use industries prefer to keep hidden from the public. While industry groups are eager to show the public images of healthy farmed animals in green grass, they opt not to show or mention the millions of animals that are taken from farms or hatcheries, loaded onto transport trucks, sea carriers, and cargo planes, and then shipped abroad in tortuous journeys to over 70 countries, only to reach their destinations to be slaughtered, used for breeding, sold for meat, or exploited in other ways – if they survive the journeys.

In this post, we focus on the extent of Canada’s live export trade, looking at the number of animals exported, the various species involved in this trade, the countries that Canada exports animals to, and the number of animals that are exported from each province. We’ll also highlight how animal cruelty is explicitly written into Canada’s federal transport regulations concerning air and sea transport.

For a more detailed examination of what makes the Canadian live export trade so cruel, a 2018 article in the Huffington Post captures the horrifying aspects of exporting live animals abroad. In the time of COVID-19, we should be particularly concerned with the importation and exportation of live animals due to the risk of transmission of disease, as the Guardian examines in their recent article: ‘Live animals are the largest source of infection’: dangers of the export trade.

Statistics Canada tracks how many animals are imported and exported on the Canadian International Merchandise Trade Database. This data can be found here.

Our analysis examined the number of animals exported out of Canada in 2019 using this table. We combined and renamed some categories where possible to reflect that these are animals, not commodities. They were also renamed to reflect what the vast majority of the animals exported of Canada are: babies. The animals that comprise four of the top five categories are young animals. The Government of Canada prides itself of this achievement. On its website, it writes “In 2019, Canada exported over 3.4 million chicks worth over $19.8 million to 19 countries.”

The total number of animals exported out of Canada in 2019 are can be seen here.

The top provincial exporter of live animals in 2019 was Ontario with 12,265,947 animals being sent abroad, while Manitoba followed with 6,826,272 animals. Part of the reason that Manitoba claims the second spot, as the CBC writes, is that “the province is Canada’s biggest piglet-producer and ships large volumes of young pigs, called feeders, to the United States.” In 2019, Manitoba exported 2,714,119 piglets to the US. The province’s flourishing piglet export industry was worth $164,081,311 in 2019. The number of animals exported from each province can be seen in the following graphic.

The federal regulations governing animal transport (Health of Animals Regulations) reveal how inhumane live animal transport is in two ways. First, the regulations remove the legal time limits that animals can spend in transport. Secondly, they include a provision entitled Dead and Seriously Injured Animals.

Section 152.2(1) governs how long animals can spend in transport without food, rest, or water. As we and many others have written before, these time limits are already sorely inadequate at protecting the welfare of animals, as millions of farmed animals die every year inside transport trucks in Canada when they are being transported from farms to slaughterhouses. However, these time limits are removed under section 152.4(1) in the Health of Animals Regulations. This provision outlines the conditions that, if met, animals can be transported for an indefinite amount of time. The conditions listed include access to food, water, ventilation, straw or bedding, etc. In effect it allows operators to ship animals from Canada to virtually anywhere in the world, for as long as possible, provided basic conditions are met.

But who is ensuring that these conditions are met? Who is enforcing these regulations? A revealing court case from last year provides some insight on this issue.

A court case challenged the Government of Canada over its failure to meet its legal obligations under the Health of Animals Regulations regarding horses being flown from Canada to Japan. In a decision, the judge ruled that the Canadian Food Inspection Agency (CFIA) is under no ‘public legal duty’ to enforce regulations. He wrote: “In my view, the CFIA has no public legal duty to the coalition to enforce the [regulations].”

This brings us to the second provision that seems to go hand in hand with the first:

Section 155 of the Health of Animals Regulations states:

Every air carrier and sea carrier that transports an animal from Canada shall, as soon as possible after arrival at the destination, send a document to the veterinary inspector at the port of embarkation respecting every animal that was seriously injured, has died or was killed during transport, stating in each case the cause of the injury or death.

The very existence of this provision highlights the government’s acknowledgment that yes, animals will be seriously injured when they are being exported from Canada. That yes, animals will die and be killed on these journeys. Just how many animals die or become seriously injured in transport isn’t published by the CFIA. For the sake of transparency and accountability, these numbers and the circumstances of animal injury and death should be made available to the public, much like the government’s condemnation reports are, which reveal how many animals die in transport en route to Canadian slaughterhouses. The public deserves to know what is happening to animals on these journeys.

The importation of 462 live puppies and 38 dead puppies from Ukraine got the attention and outrage of the Canadian public in June of this year. When a cargo ship capsized in the Black Sea last year drowning over 14,000 sheep onboard, the world also noticed.

As this massive global industry operates hidden from the public eye, the horrors of live animal export typically come to light only when a tragedy occurs. Canadians need to push for an end to live exports not only to prevent tragedies like these, but to stop this daily tragedy from even occurring. This cruel trade needs to be exposed for what it is: unnecessary, prolonged, and callous animal cruelty. An average of over 60,000 animals are exported out of Canada every day. That number needs to be zero. No animal deserves this.

In the middle of a zoonotic disease pandemic, we also have an existential self-interest in ending this trade out of the serious risk it poses for disease transmission and in moving deadly pathogens across international borders.

Download, save, and share the images we’ve created on this page so that Canadians can be made aware of this cruel secret. The following images show how many animals of each species were exported in 2019, and which countries they were exported to. 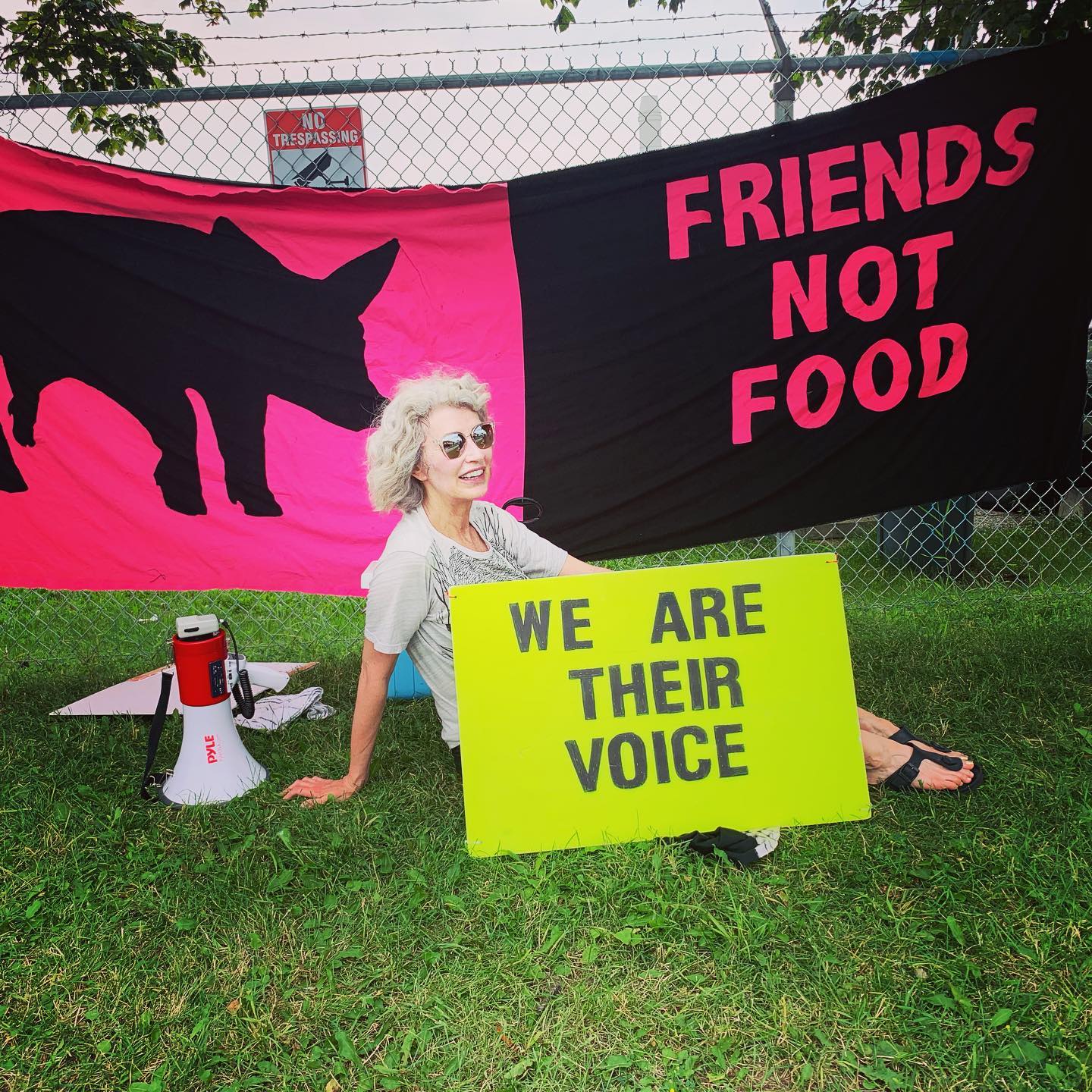