Cruelty to Animals – Criminal Code Amendments: Before and After Bill S-203

It is no secret that Canada’s Criminal Code, RSC 1985, c C-46, anti-cruelty provisions are often criticized for being outdated and insufficient to properly protect Canada’s animals. The wording of the provisions coupled with the requisite criminal standard of proof (beyond a reasonable doubt) arguably favours animal abusers.

Since 1999, there have been 15 failed attempts to update Canada’s archaic animal cruelty provisions, thirteen bills originating in the House of Commons and two originating in the Senate.  Several of these bills echo identical content, simply being reintroduced under a different title after dying with the prorogation of Parliament or in the Senate.

On April 17, 2008, Bill S-203 An Act to Amend the Criminal Code (Cruelty to Animals) (“Bill S-203”) received royal assent.  The passing of Bill S-203 was a welcomed change; however, it has also been criticized by a variety of interest groups for not being enough of a change.

So what exactly has changed? Legally speaking, the new provisions make animal cruelty offences hybrid offences. This means that the prosecution is able to elect whether to charge a person with either an indictable offence, punishable by up to five years imprisonment, or a summary conviction offence, punishable by up to eighteen months in jail, a $10,000 fine, or both.

The amendments also introduced new judicial remedies.  Section 477.1 authorizes sentencing judges to make orders prohibiting the accused persons from owning, having custody of, or residing with an animal, as well as order that the accused pay restitution to any person or organization that incurred expenses stemming from the abusive incident.

Practically speaking, what has changed? Four years after Bill S-203 there have been 10 reported cases that give us insight into how judicial sentencing has changed. The sentences imposed in these cases, in comparison with sentencing prior to 2008, reveal that judges have tended to impose harsher sentences. However, considering that we only have 10 reported cases, it may be too early to tell.

Prior to 2008, sentencing for animal cruelty offences varied from a letter of apology and 100 hours of community service for a first time offender who unlawfully killed a dog (R v Cambell Brown, 2004 ABPC 17), to 1 ½ years incarceration to be served consecutively with other charges for intentionally killing cattle (R v Young, [1997] OJ No 6213).

After reviewing 48 reported animal cruelty cases resulting in convictions prior to Bill S-203, the majority of the convictions lead to suspended sentences with an average of 2 years probation.  In R v Vanness, [2001] OJ NO 6084, the accused was convicted of number of offences, including the killing of a horse, which was simply treated as an aggravating factor in his sentencing.  On the other side of the spectrum, in R v Winter, [2004] OJ NO 2458, the Court imposed the maximum of five months in custody, for the brutal killing of a dog. In this case the sentencing judge made clear his disdain for the accused’s act, stating “[a]ll life is sacred and you have breached that covenant that you have as a human being to treat others on this earth whether it’s an animal or a human with respect. You should be ashamed of yourself.”

Post 2008 all reported animal cruelty cases, resulting in convictions, have proceeded by summary conviction. Sentencing for animal cruelty convictions varied from a conditional discharge and 12 months probation for a first time youth offender (R v Rabeau, 2010 ABPC 159), to 12 months imprisonment, three years’ probation and a 25-year prohibition on residing with or owning an animal for a first time offender, who committed acts that the judge found particularly chilling (R v Munroe, 2010 ONCJ 226).

Society has long ago moved forward from the notion of animals as mere property. While man continues to have dominion over animals, in a civilized society that is a power accompanied by significant responsibilities. Society’s repugnance for the wilful infliction of suffering on these sentient creatures is reflected starkly in the fact that Parliament recently increased the maximum overall punishment available for this offence ten-fold.

In determining an appropriate sentence for the accused, Justice ODonnell notes the unhelpful nature of pre-amendment cases.  Specifically the Judge states how summary conviction offences are now, “super-summary” offences, noting that the amendments “represent a fundamental shift in Parliament’s approach to these crimes. Such a dramatic change in a penalty provision is virtually unheard of in our criminal law.”

Seven of the ten reported cases also included pet ownership restrictions on the accused persons, pursuant to section 447.1.  The animal prohibitions ranged from 3 years to 25 years, with 10 years being the most common restriction imposed.

Relatively speaking, the sentences imposed by judges after Bill S-203 came into force, do seem to reflect Parliament’s intention; however, there is still room for improvement. Specifically, animals continue to be categorized in Canadian law as property, no different than someone’s table or chair. Furthermore, statistics report that only 1 in 1000 animal cruelty cases result in Criminal Code convictions.

It is time Canada put away outdated notions of the relationship between animals and people. With the enactment of progressive animal protection provisions we can send a clear message that animal cruelty will not be tolerated in Canada. 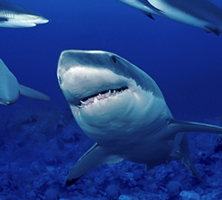