Committee hearings got underway this week on Bill S-203, a Senate bill that would ban keeping whales and dolphins in captivity in Canada. This groundbreaking bill would protect sensitive and complex whales and dolphins from a being imprisoned in tiny tanks, where they are denied almost everything that makes life worth living.

The first witness questioned by the Fisheries and Oceans Committee was former Senator Wilfred Moore, who championed the bill from the very beginning and spoke eloquently about the need to protect whales and dolphins. But it was Senator Daniel Christmas who stole the show with his insightful and poignant comments on the human relationship with nonhuman animals. Senator Christmas explained how his aboriginal upbringing taught him to respect animals, viewing them not as objects to be used for human purposes, but as equals—living beings with their own families and languages.

“Something tells me in my mind that [seeing animals as objects] is the wrong approach; that we really have to see cetaceans as our equals, as living beings. And if I had an opportunity to ask a beluga, I think I would ask them, ‘What is best for your family?’ And I would be very interested to find out what that answer would be.”

The answer, of course, is increasingly clear. Scientific evidence tells us that cetaceans live much richer, more fulfilling lives in the ocean, where they enjoy complex social and family relationships, cooperative food gathering strategies, and the freedom to swim vast distances, dive deeply, and find their own food. Forcing these complex mammals to live in tiny tanks is undeniably cruel, and many other countries and states have already enhanced legal protections for whales and dolphins. Meanwhile, only two facilities in the country still confine whales and dolphins—the Vancouver Aquarium in British Columbia, and Marineland in Ontario. Cetacean captivity is a dying industry.

Canadians increasingly think about animals like Senator Christmas does: Not as mere objects, but as living beings who deserve our respect and strong legal protections. Passing Bill S-203 would be a huge step toward helping these vulnerable creatures, so please take action today: Encourage Parliamentarians to save these sensitive creatures from captive misery!

You can find the upcoming hearing schedule online, as well as full webcast recordings of past committee meetings. Future meetings will be broadcast live, so it’s easy to track the progress of this important legislation. 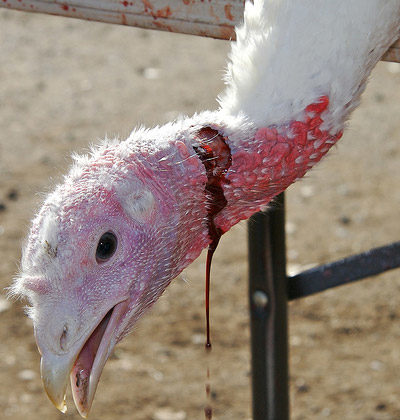