It has been almost a dozen years since Jesse Power, Anthony Wennekers, and Matt Kaczorowski engaged in a now infamous example of animal cruelty for the sake of “art.” In 2001, the three men filmed their brutal torture and killing of a cat. When they were subsequently tried for animal cruelty, the trial judge spoke to Power’s motives for the torture: “I believe that this was a misguided venture conceived in furtherance of his artistic desire to challenge the conventions of a meat eating society.”[1] The judge’s conclusion seems to have been influenced by the fact that Power was, at the time, a student at the Ontario College of Art and Design (OCAD). The appellate judge, however, interpreted Power’s actions differently:

“While it may help those who cannot reconcile this act with the respondent’s character, to rationalize his actions as some form of artistic endeavour or artistic commentary gone amuck, that interpretation is inconsistent with the contents of the videotape.  Whatever the respondent’s intentions or motives at the outset, this became torture for torture’s sake.”[2]

All three men were sentenced, but none of them harshly. Power, for instance, was sentenced to 90 days intermittent and to a consecutive, conditional 18-month sentence to be followed by 3 years probation for cruelty to animals and mischief.

More recently, in April 2013, police were called to investigate complaints that a student at the Alberta College of Art and Design (ACAD) had killed a chicken with a knife before plucking and boiling it in the school cafeteria.[3] This cruelty was purportedly inflicted because the student wished to show how disconnected people are from the processes by which their food comes to them. Such a justification is markedly reminiscent of the attempted defence of Power, Wennekers, and Kaczorowski’s animal cruelty. In the ACAD case, however, the student responsible for violently killing the chicken has remained unnamed and no charges of animal cruelty have been laid. It remains unclear why.

The ACAD student’s instructor, Gord Ferguson, was fired but later reinstated to his position at the college. Ferguson refused to take responsibility for the conduct of his student. He said: “We never tell them what they can’t do or what they can do,” he said. “Any subject is available to be debated and discussed and investigated and you have to feel free and supported to be able to do that.”[4] [5]

Animal cruelty is nonetheless a criminal offence under section 445.1 of the Canadian Criminal Code.[6] It is worth noting that Parliament revised this section in April 2008, so that animal cruelty could be treated as either an indictable offence or an offence punishable on summary conviction. The maximum penalties for an animal cruelty offence were thereby increased tenfold.[7] Particularly relevant for the issue of animal cruelty as art is section 445.1(a), which indicates that anyone commits an offence who, “wilfully causes or, being the owner, wilfully permits to be caused unnecessary pain, suffering or injury to an animal or a bird.” [8] The problem is determining when the suffering of an animal shall be deemed unnecessary. The court had little difficulty in labelling the actions of Power et al as animal cruelty, and did not accept the defence that such torture could be inflicted for artistic purposes. The conviction of Power, which was upheld at the Ontario Court of Appeal, would be regarded as precedent-setting within the lower Ontario courts and could be regarded as persuasive in other lower provincial courts.[9]

Yet in the case of the ACAD student’s cruelty, no charges were even laid. One may speculate that perhaps there was too little difference between the students’ killing of the chicken and the legally permitted violence inflicted upon animals raised and slaughtered for food for law enforcement to pursue the issue. One wonders whether it was because Power et al tortured and killed a companion animal that the court was more sensitive to the egregiousness and brutality of the harm inflicted.

For animal advocates, it would seem clear that very few, if any, acts that cause suffering to animals can be deemed necessary or acceptable, whether for artistic or other reasons. Yet Canadian law is not quite of the same mind. While neither the Criminal Code nor case law provides any basis for assuming that ‘art’ is a permissible defence against a charge of animal cruelty, the ACAD incident suggests that there still appears to be a certain inertia in the legal system when it comes to pursuing cases where the line between art and animal cruelty is crossed. For the sake of the animals, one hopes that such inertia may be overcome and that artists will endeavour to find innovative way to engage the subject of animal cruelty without resorting to enacting it.

[3] Canadian Press, “Teacher gets his job back after art college fired him over student beheading a chicken in the cafeteria.” National Post (May 16, 2013), online: <http://news.nationalpost.com/2013/05/16/teacher-gets-his-job-back-after-art-college-fired-him-over-student-beheading-a-chicken-in-cafeteria/>

[5] Animal advocates, however, have not readily accepted such defences. Canadians for the Ethical Treatment of Food Animals has, for example, started a petition calling for the Alberta College of Art and Design to adopt internal policy prohibiting the use of animals in art.

[9] It should be noted that none of the cases citing R v Power dealt with the issue of using ‘art’ as a defence for animal cruelty. 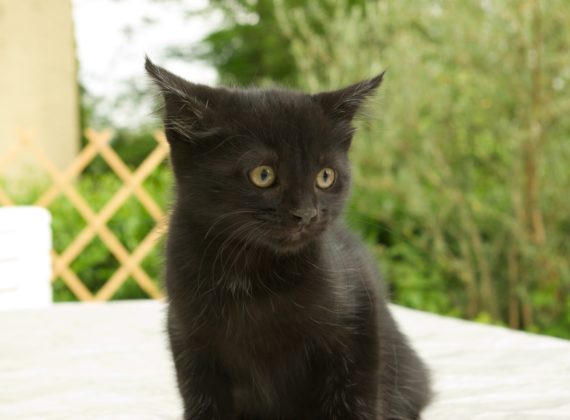 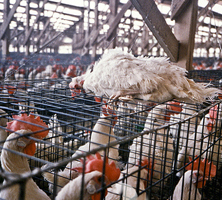