Animal Justice just gave animals a voice at the Supreme Court of Canada, in an important case on public interest standing. The case could set a precedent for when and how animals and advocacy organizations can bring cases before the court to help end animal suffering.

Legal standing is critically important in the Canadian justice system. For a case to be heard in court, an individual or organization must first be granted legal standing. When a case directly affects a claimant, they can seek private interest standing. But when the case is a matter of public interest—as are many cases involving animals—a claimant must seek public interest standing.

Animals face significant challenges in our legal system, which is not designed to help them. Animals can’t file lawsuits on their own when they are mistreated, which is why it’s essential that advocacy groups like Animal Justice be granted public interest standing to launch legal challenges on animals’ behalf.

But unfortunately, courts regularly deny public interest standing to advocacy groups and individuals who try to defend animals in court.

That’s why it was so important that Animal Justice intervened on January 13, 2022 in Attorney General of British Columbia v Council of Canadians with Disabilities. The case considers how public interest standing should be granted, including how individuals and organizations can launch a lawsuit on someone else’s behalf. The ruling in this case may set an important precedent that could help animals and animal advocates obtain public interest standing in the future.

Animal Justice lawyers Kaitlyn Mitchell and Scott Tinney represented Animal Justice in this case. When it was her turn to speak, Ms. Mitchell explained that animals are highly vulnerable members of our society, and argued that courts should give animals better access to justice by granting them public standing more easily, allowing them to have their cases heard.

Animal Justice intervened alongside 22 other intervenors—more than is typical at the Supreme Court—representing a diverse range of marginalized groups, including refugees, prisoners, the environment, and more.

We hope that the courts will recognize the importance of giving public interest standing to those who cannot speak up for themselves, including animals.

Thank you for supporting our mission at Animal Justice, and for helping us represent animals at the Supreme Court! 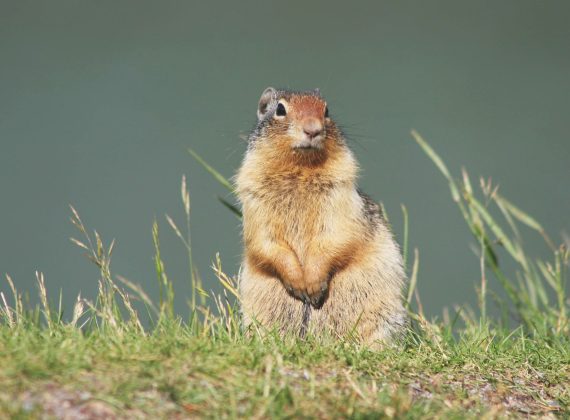